Our latest news updates and industry developments are listed below.

Last year, Breast Cancer Now sent us a fundraising pack where our team could get involved with a couple of games they had included all in return for a small donation– needless to say it was all good fun that ended in a cheque for £60 being sent to the charity. This year though, we thought we could do one better and decided to hold our very own bake sale.

The preparation commenced the night before where we decorated our reception area with all things pink – an absolute delight for our Administrator, Nia who is a pink fanatic! Decorating duties were closely supervised by Lisa of course.

Then the baking commenced! Lisa made a delicious Victoria sponge cake and many madelines, Nia baked a tasty lemon curd sponge cake, Lexie baked some brownies and Richie’s Mum and Auntie made a huge host of cup cakes and showstopping chocolate coated meringues. It was a far bigger turn out on the baking front than I think any of us could have initially expected!

We hadn’t yet started unpacking the cakes onto the table before a customer who had visited our designer to discuss his project had spotted them and quickly snapped a couple up to take home with him. From there on out – they continued to sell like hot cakes – literally! 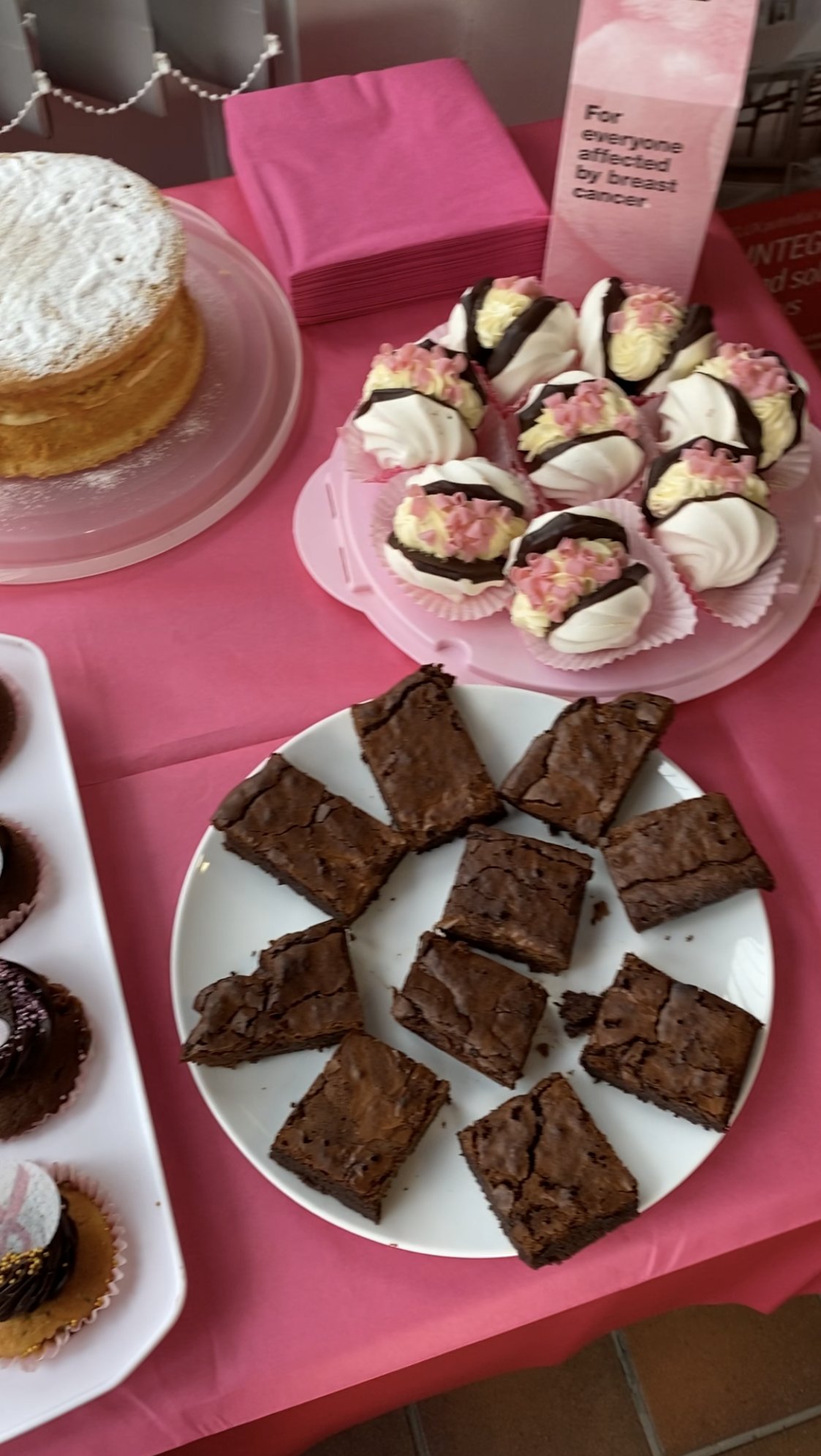 Next were the games! You could donate £1 to guess which mystery object on a poster Nia had chosen. The winner was Darren (our sawyer) who had picked a pink guitar – we all later kicked ourselves as we should have known that Nia would have chosen something music related!

Another game was trying to guess how many pink flamingos were on a poster – the winner was Ryan (our designer) who managed to get the closest number. He guessed just one more than the actual number of 124. Huw (our designer) was just pipped to the post who guessed 126. 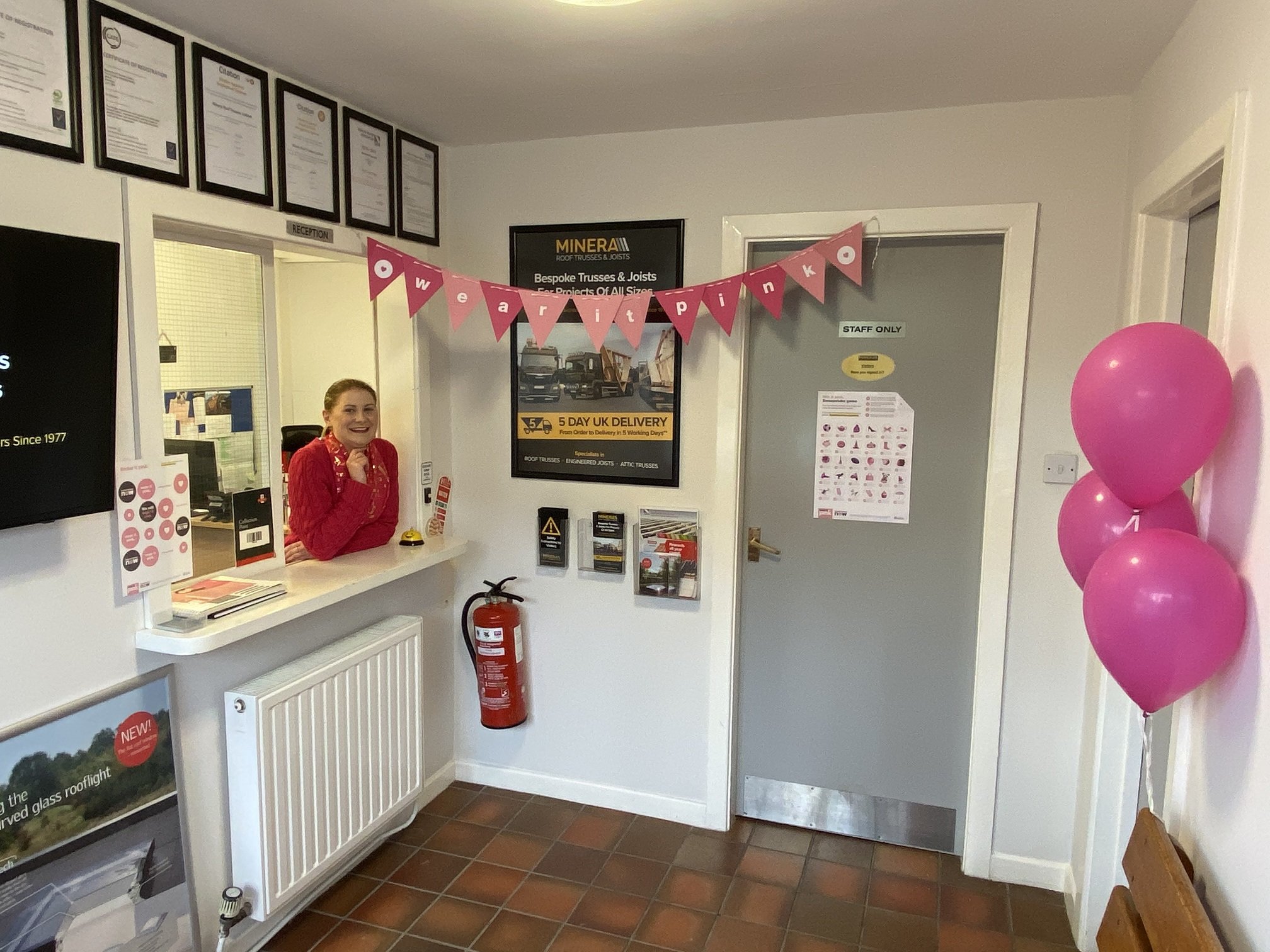 A big thank you to everyone in the MRT team who helped to contribute to the day, whether you dressed appropriately for the occasion (here’s looking at you Rob with your accidentally dyed pink shirt), baked some delicious goods, ate some delicious cakes in return for donations or participated in any of the games. It was such a fun day in the office and great to think what we can achieve for charity by doing something relatively small and simple.

I have no doubt that we will be participating again next year in a bid to bake even bigger and better things!

This week we went to meet with our 42nd Birthday competition winner, Nichola at her workplace in Llandudno so that we could deliver her prize – a Leica Disto laser measure along with other Minera Roof Truss goodies.
Read More 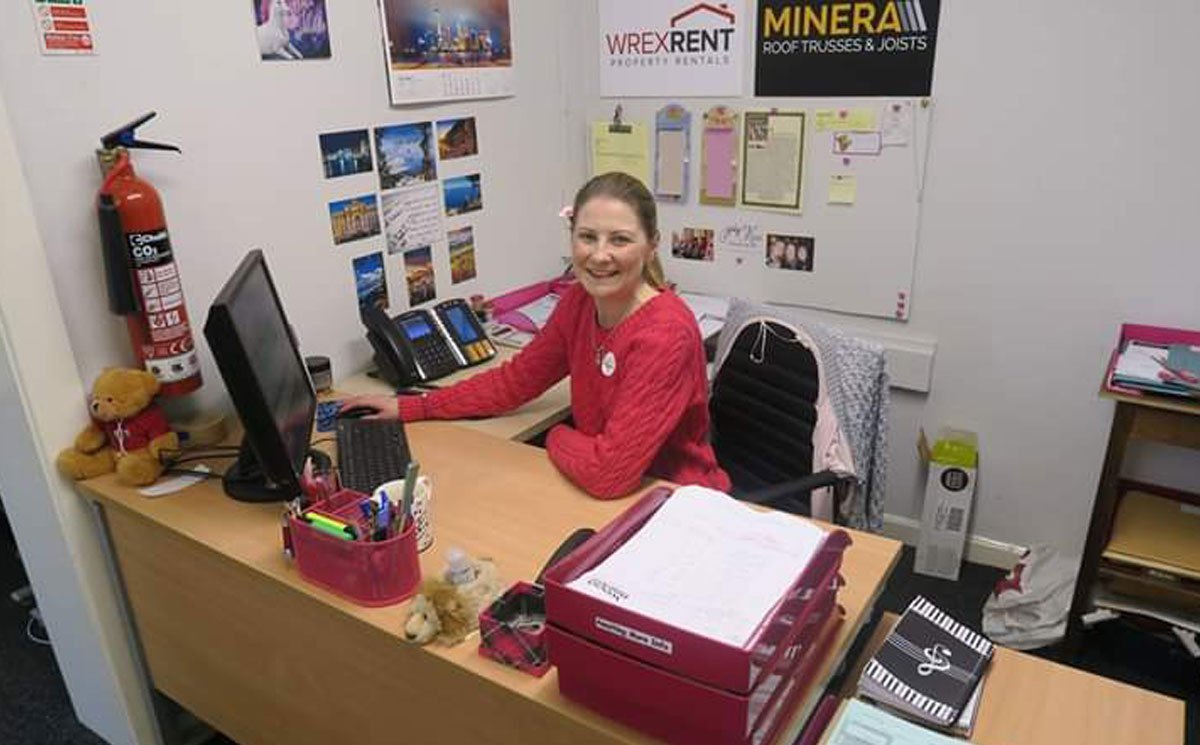 Nia is the first person that you are likely to speak with on the phone, get a response from via email or be greeted by with a smile if you visit us at the offices. We put the spotlight on Nia and find out a little more about the lady behind the desk which is covered with pink stationary and organisers.

Minera Roof Trusses are renowned for their nationwide 5 day delivery service. Given that our competitors lead times can stretch up to 10 weeks, it’s no surprise that we receive a fair amount of questions about how we achieve this consistently throughout our busiest times of year.

ORDER TO DELIVERY IN 5 WORKING DAYS

In mainland UK on trussed rafters and engineering joists.

Our step by step online quotation form is straightforward and quick to complete.

View our news page to keep up to date with the latest developments.